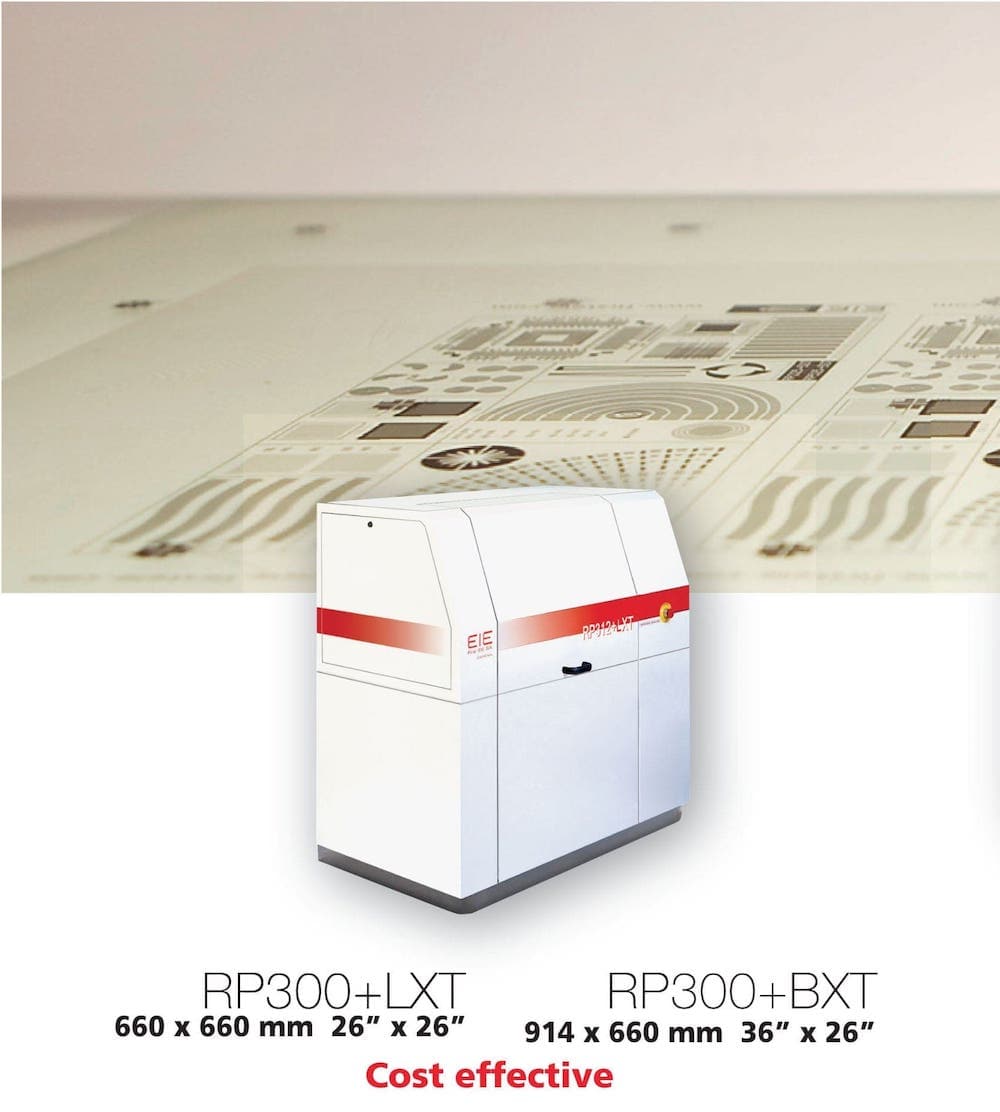 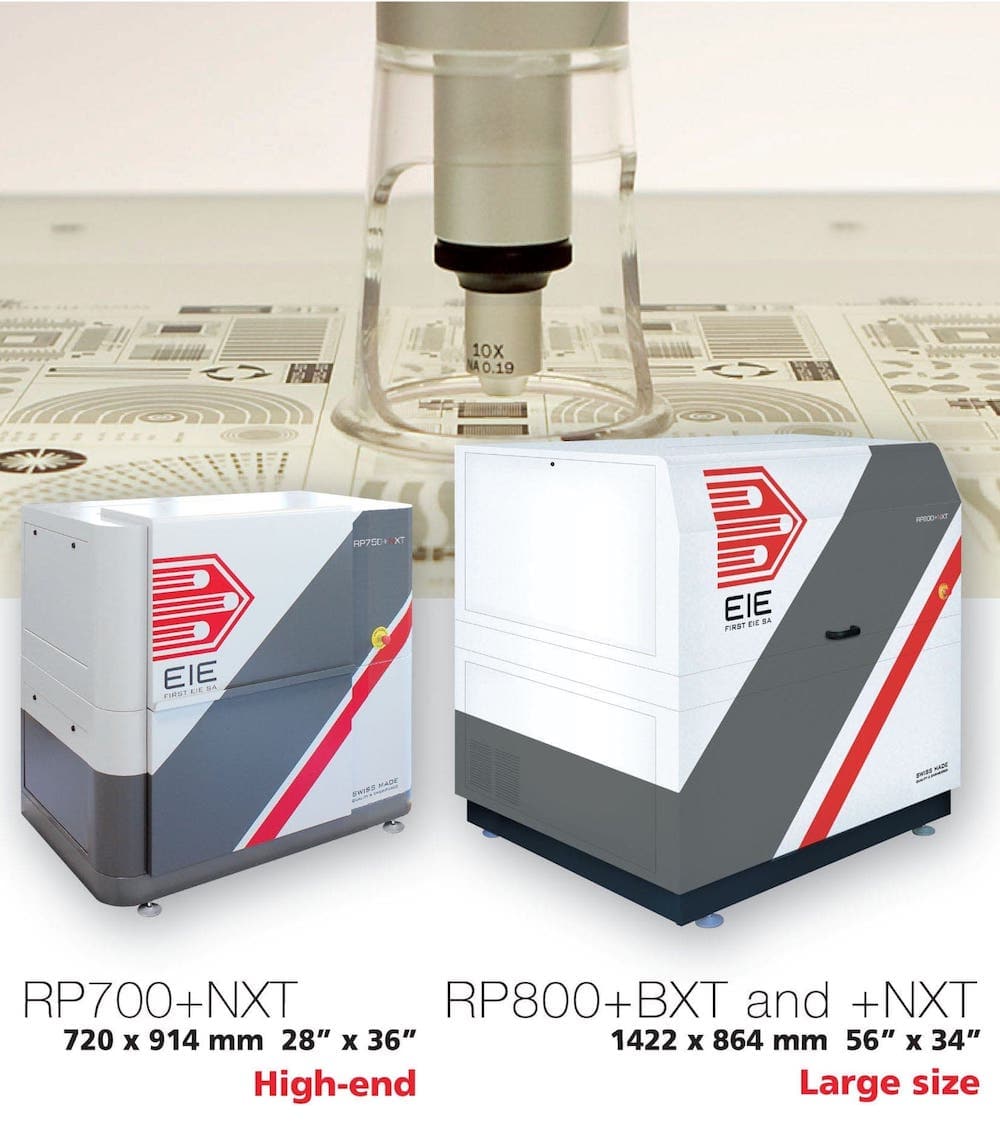 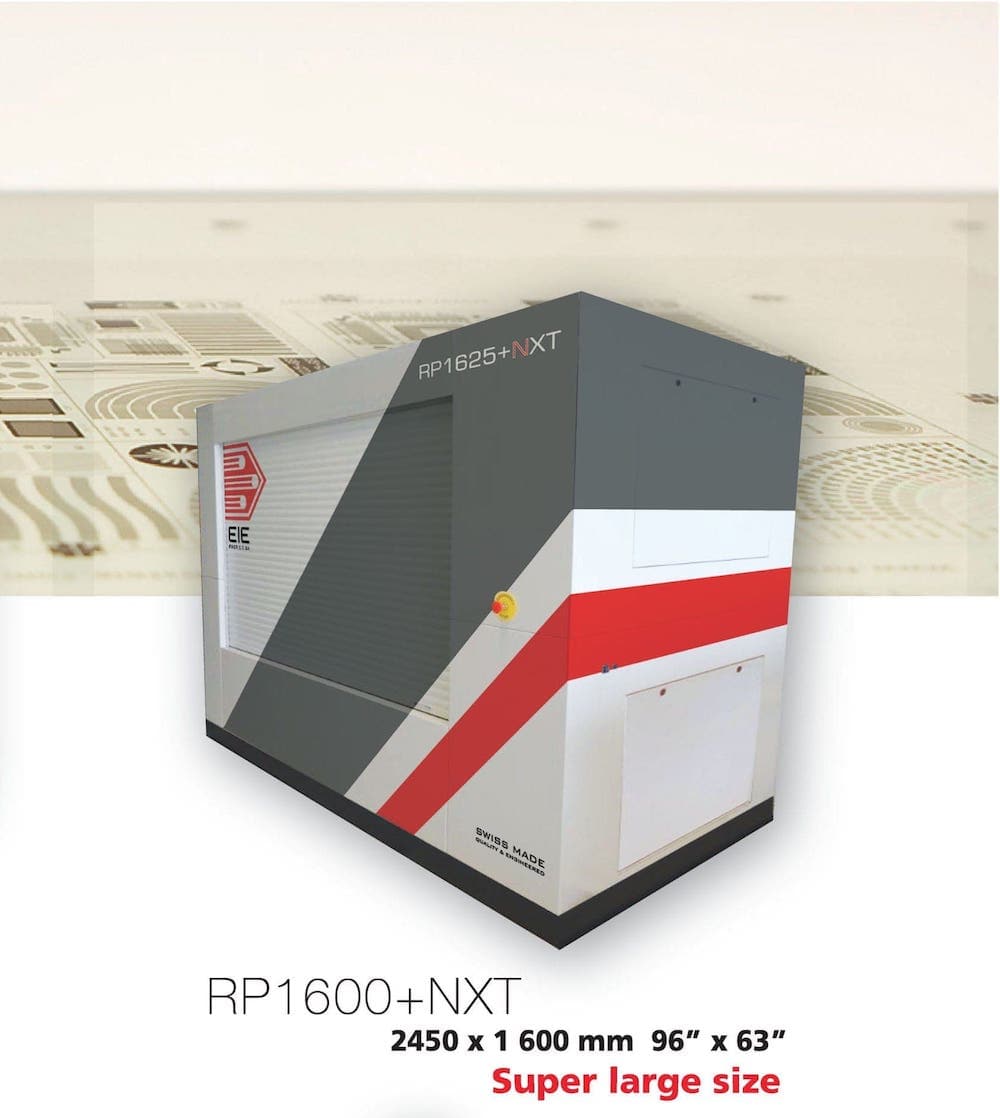 First EIE SA – The Efficient RP line of photoplotters retains the same general principles that have made the worldwide reputation of the previous models while introducing a significant leap forward in speed and quality.

With its single STH head, its new electronics and powerful internal computer, the RP series can plot up to four times as fast as its predecessors keeping a maximum drum rotating speed of 110 rpm. With its established proprietary MRLD array, the STH head with precise beam equalization, available for the RP series gives perfectly homogeneous and sharp spots. For the high-end metric models it can produce spots as small as 4 µ in order to produce high quality photo tools with 5 µ lines and spaces. 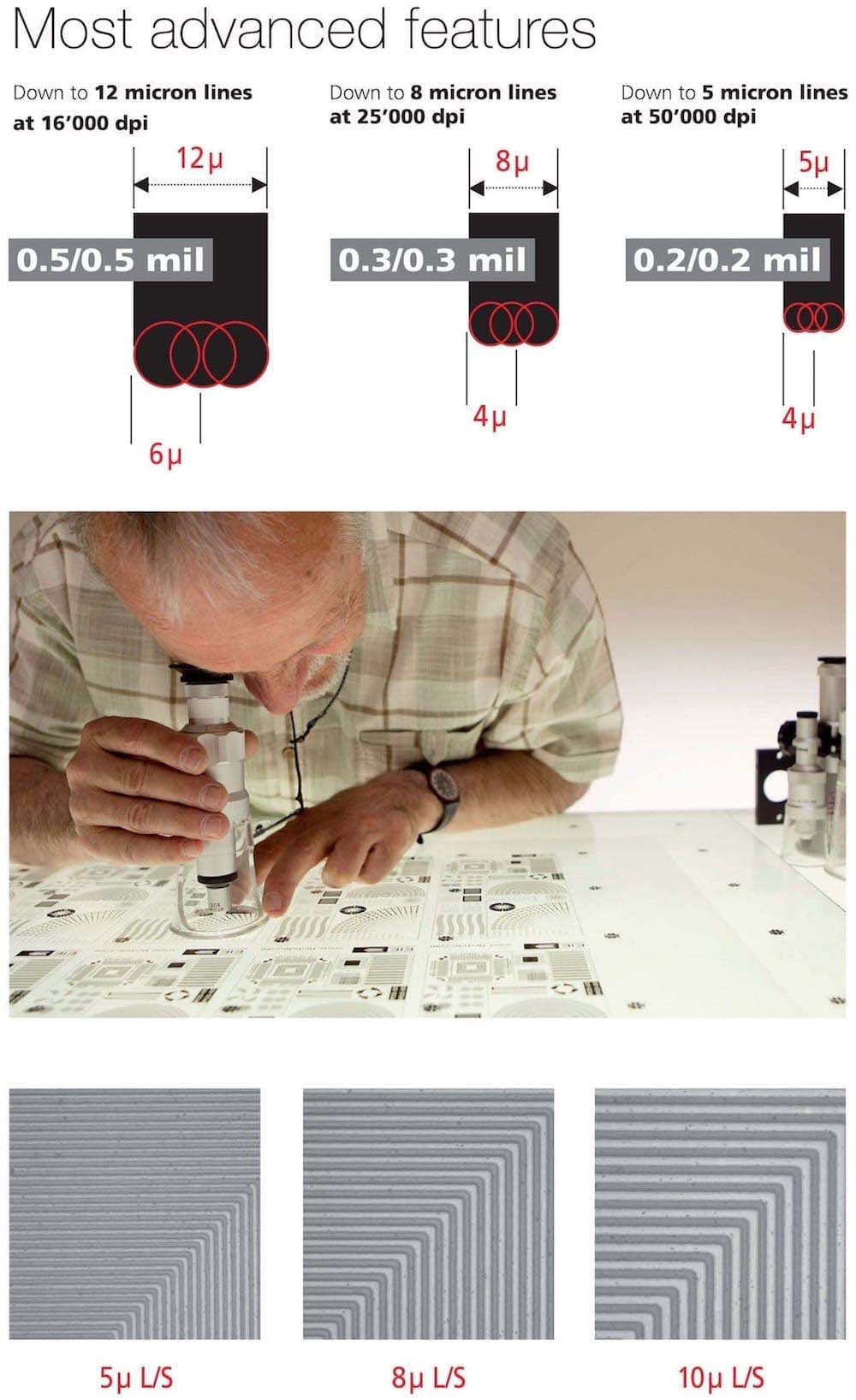 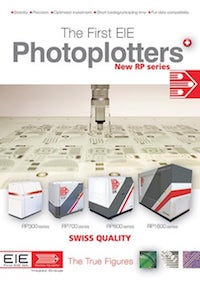 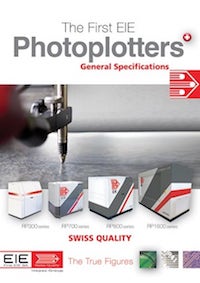